Villarreal Club de Fútbol, S.A.D., nickname as "El Submarino Amarillo" are one of the teams in Primera División. The club main rival in the Spanish League are Valencia (which is known as "Derby de la Comunitat". Real Madrid also considered to be rivals in the League as well.

Villarreal have appeared in most FIFA games, mostly on the Primera División and Segunda División: 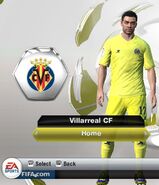 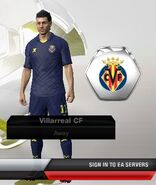 Retrieved from "https://fifa.fandom.com/wiki/Villarreal_CF?oldid=31356"
Community content is available under CC-BY-SA unless otherwise noted.