<tabber>Team Info= FC Spartak Moscow (Russian: Футбольный клуб «Спартак» Москва) is a Russian football club from Moscow. Having won 12 Soviet championships (second only to Dynamo Kyiv) and a record 9 Russian championships, they are the country's most successful club. They have also won a record 10 Soviet Cups and 3 Russian Cups. Spartak have also reached the semi-finals of all three European club competitions.

In 2017, Spartak became the champion of Russia. In the 2019-2020 season, he took 7th place in the Russian Championship and did not make it to the Eurocups. 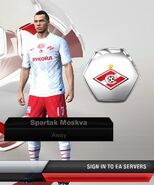 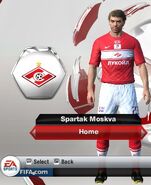