EA has announced that there will be gameplay improvements over FIFA 10, such as a higher rate of player fatigue for matches at higher altitudes, with an advantage to a home team who plays at a higher altitude against an away team who does not. EA has also announced that players can get injured outside of international matches. Players choose a team from the 199 nations available and compete against the computer or against other players through online gaming services PlayStation Network or Xbox Live. All 10 official World Cup stadiums are available for play.

EA has also announced that the "Captain Your Country" mode will return, and that FIFA 10owners can import their Virtual Pro for this purpose, and then earn CYC Accomplishments and attribute boosts. The game's Penalty kick have been changed in order for their outcome to better reflect the player's own composure, and the game's online multiplayer lobby system has been limited to unranked head to head matches. As in 2006 Road to FIFA World Cup a "scenario" mode is included with 55 playable scenarios from past World Cup matches. In addition, scenarios from the 2010 World Cup are playable with an online update.

The included teams were confirmed by Electronic Arts on 17 February 2010. The game contains 199 of the 204 national teams that took part in the process. Electronic Arts stated that they have included every team that have permitted them to use, with some others not being allowed for "various reasons". The five teams that were in the draw for World Cup qualifying but are not included in the game are African teams. All five withdrew from the qualifying stage before it began. Additionally, the game does not feature who did not participate in World Cup qualifying. 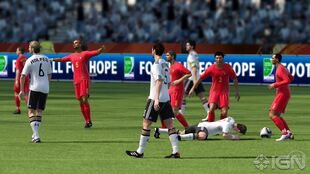 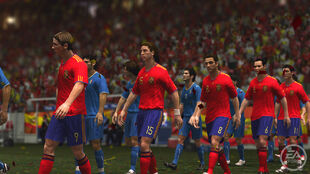 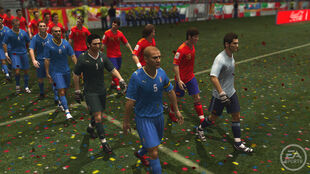 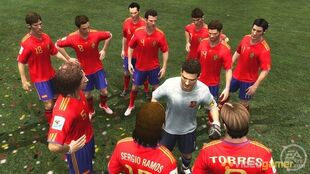